Do Womxn Go Through a "Second Puberty"? 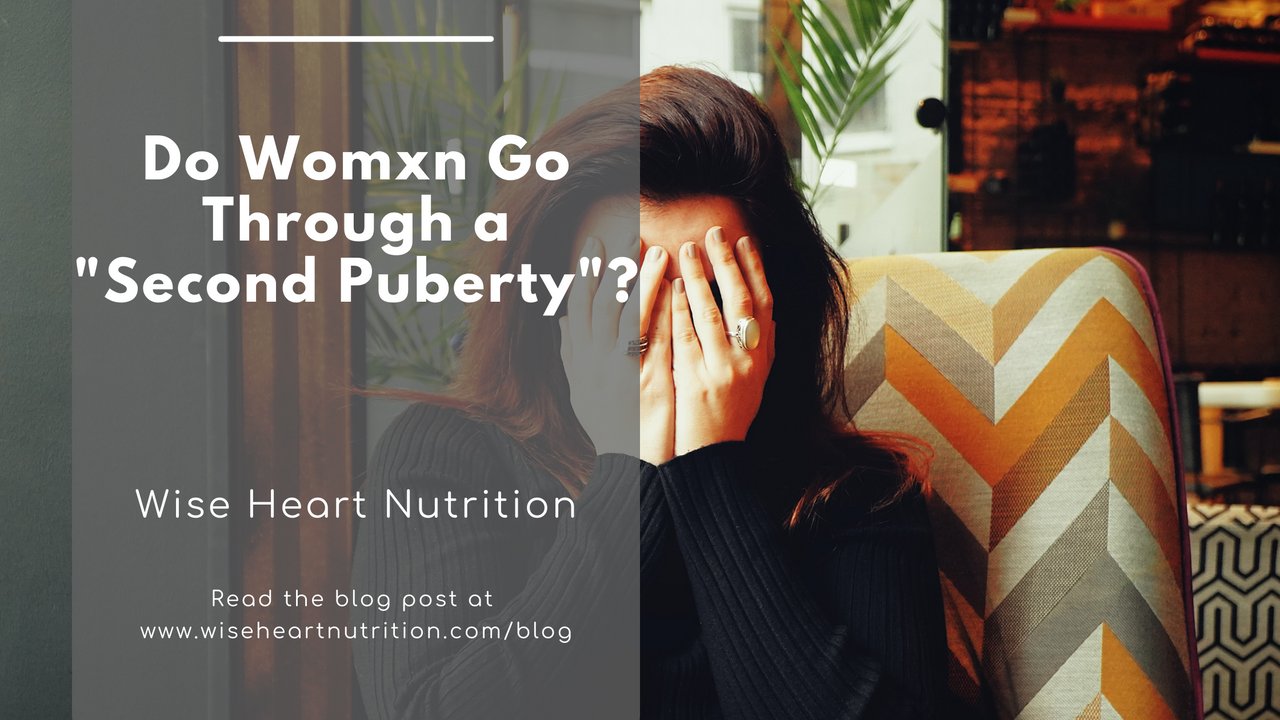 Remember puberty? That mostly awful phase of ~sexual maturation~ which for many of us felt like the worst time ever? Well, you might wanna sit down for this …

There’s a buzz going around that womxn (specifically folx who are AFAB) actually go through a “second puberty” in their early to mid twenties. Now, it’s not technically titled puberty 2.0, but it’s been casually called this because of the further physical changes your body typically undergoes during this time. Just when you thought you had gotten used to your body, you might find it changing again. And then probably again. And again. And then probably again. *News flash: our bodies are constantly changing over the course of our lives.* But for now, let’s focus on that mid-20’s time of life.

Some of the changes that you may see in your early to mid twenties can include:

You can thank estrogen and prostaglandins for most of that. These are hormones that reach their highest levels in your twenties that are intended to prepare your body for a baby (even if that’s not what you want). In addition to experiencing a more regular menstrual cycle, another weird (read: terrible) thing that may happen due to prostaglandins is experiencing more intense cramps - aka uterine muscle contractions. Fun stuff! Usually during this “second puberty” most people also experience weight gain and the stretch marks that follow. This can be influenced by a naturally slowing metabolism as well as the body’s instinct to increase body fat in order to support hormone balance.

Psychological/emotional changes, acne, and mood swings can be influenced by hormones, but also stress levels. And I think it’s safe to say that your early and mid twenties are stressful. From complete life changes, moving, finding a job(s), and living up to the expectation of independence, all while probably not having enough money to feel truly independent - yeah, it’s stressful.

Personally, I noticed around 22/23 that I was gaining weight. At first it seemed like it was all over, but over time I noticed that weight seemed to sit more on my hips, thighs, and chest. At 23, I had finally gotten boobs. I felt like my body was changing rapidly and I had no idea why. After all, I thought your body was supposed to be done changing after puberty was over. I hadn’t really changed anything about the way I ate, moved my body, medications, or stress level. It was a mystery, and I wanted to find out who-done-it.

My first instinct was to blame myself (shoutout to fatphobic diet culture). I was struggling a lot with my body image and was beginning to feel like I didn’t recognize the person in the mirror. Therapy, body neutrality, patience, and buying new (or new to me) clothes that fit me (not the other way around) helped a lot. But what helped the most was finding out that I was not the only one experiencing this.

The knowledge that my body was doing exactly what it was supposed to do - trying its best to take care of me - helped me reach a place of (mostly) acceptance.

After sitting with acceptance for a while - this involved a lot of practice with both self-compassion and intentional body neutrality - I was able to move towards a space of appreciation for my changing body. (Let me disclose that I do not feel this way all the time, I am a human.)

It is totally normal for your body to change in your twenties. It is soooo normal to not look the way you did in high school, or middle school… or elementary school! It’s totally normal that your body will continue to change in your thirties, and forties, and so on. It can be scary or feel out of control, knowing that even when you think you’ve gotten to know your body, it can change and feel different  again. Your first reaction might be “ugh, now I have to start over”.

Allow me to offer a re-frame.

Think of a grand spiral staircase. You start at the bottom, and start walking up. You complete one revolution, and come to a step that is directly above the step you started on, but up one level. Let’s call level one puberty; your body starts to change and everything feels weird and hard. Nevertheless, you keep on walking up the stairs. You complete another revolution; you are now directly above the step you started on, and the step on level one. You thought you had already figured this out, but here comes “second puberty”. You’re going through a similar experience, but you’re now on level 2.0. You have the memories of puberty and all the experiences you’ve had since then - arming you with a little more knowledge this time around. You keep walking up the staircase again, and complete another revolution. Your body seems to be changing again. You’ve been through this before, though, and you’re not starting over, now you’re three levels up. Are you starting to get the picture? Even when your body begins to change again, you (and your body) will still carry the knowledge and experience that you have gained with you into the next phase. You’re not starting over, you’re just starting to get to know yourself and your body a little better.

But realistically, this phase is just one of many in which your body will continually change throughout your journey up that spiral staircase.

Our bodies change - you will continue to grow and mature - physically, emotionally, intellectually. And that’s actually good thing.

You will get monthly emails with Anti-Diet, Intuitive Eating, and Body Liberation content, quarterly newsletters, blog post announcements, and occasional marketing emails (which you can easily opt out of)!

We will never share your information or send you spam!